He’s the only #16 BCIL we’ve seen in Hollywood, and when you really stop to think about that, it’s a pretty incredible statistic. His name is Warren Beatty, and at 78 years of age, he’s still making a name for himself in the director’s chair. Don’t forget, however, that Beatty has been a longtime actor, starring in such hits as Bonnie And Clyde, Reds, Dick Tracy, and a number of other films over the decades. 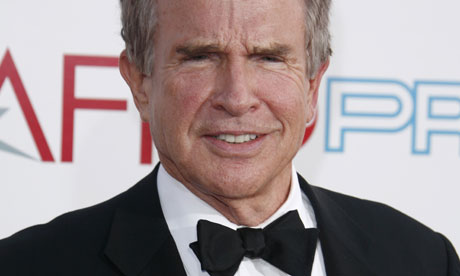 An article recently came out on Beatty, and boy did it have us chuckling. Just check out the title and you will get a clue as to what it’s about. “Waiting On Warren.”  Yes, when you are dealing with a methodical #16, you better be patient. He is currently working on a movie about Howard Hughes, but according to one critic, “He moves like a snail. Beatty has a resume with the least amount of credits. He takes his time. That’s ok. He turned down the ‘Kill Bill’ movies with Quentin Tarantino because he couldn’t make up his mind.”

Beatty’s Hughes movie wrapped up filming over a year ago, and people are wondering where in the world it is. “Where is this untitled film? Hard to say. Beatty doesn’t return emails. A friend says that he didn’t even mention the movie in a recent conversation.”  For veteran BTInsiders, Mr. Beatty sounds strikingly similar to ‘Calvin and Hobbes’ cartoonist Bill Watterson, a fellow non-communicative #16.