The world lost another NBA legend yesterday, as last week we said goodbye to the affable and talkative #1 FEAR, Darryl Dawkins. On Sunday, unexpectedly, Moses Malone, one of pro basketball’s most renowned players, died at the age of 60 (cause not yet released). “We are stunned and deeply saddened by the passing of Hall of Famer Moses Malone, an NBA legend gone far too soon,” said NBA Commissioner Adam Silver (#13 FCIR). 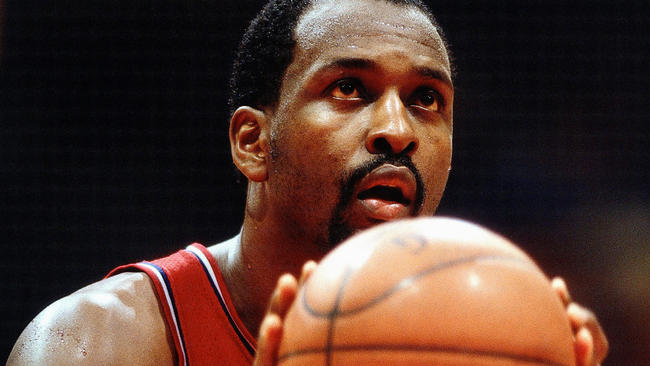 Moses, who was 6 foot 10, was one the greatest #6 BEIRs to ever play the game, leading the NBA in rebounding six times, his record only second to Wilt Chamberlain (#5 FEIR). Coach Del Harris (#11 FCAL) once said of his opposite Brain Type, the fiery #6, “Moses is an intense competitor with the heart of a lion and the spirit of a thoroughbred. He will give us a big lift in our rebounding and inside game.”  Moses also made more free throws than any other player in NBA history, and was a 12-time All-Star and three-time Most Valuable Player.

Did Malone’s personality match his Brain Type? As any veteran BTInsider knows, the two don’t always go hand in hand due to nature and nurture. Moses Malone, however, was as true to his Brain Type as almost anyone we’ve ever seen. He was really quiet off the court with other people. But with us he was jovial, according to Maurice Cheeks (#10 BCAR). He was fun. His persona was tough because he was that kind of player. But just being around his friends and his teammates he was just a fun guy.

As Kevin Pelton of ESPN says, “Moses Malone was known for his ferocity on the court and his quiet demeanor off it.”

Malone had a difficult upbringing, raised by a single mother who left school after the 5th grade and a father who was an alcoholic. Once he picked up a basketball, however, he attacked the game relentlessly (ala #6 Pete Maravich), and never looked back, “I didn’t pick up a basketball until I was 13 and a half, but I worked hard even then. Every day after school, I’d go over to the playground and play ball until about two in the morning. The only trouble I had was I kept wearing out my shoes. Back then, I didn’t get no high-priced shoes; I had to get them old P.F. Flyers. I’d wear them for about five days and then it was time for a new pair.”

Check out the interview below. Moses’s behavior is vintage #6, with no frills or hype (contrast his ‘personality’ with #6s Shaquille O’Neal or Mike Ditka and their unique, non-BT nature and nurture influences). True to every letter, he is Back brain dominant, in the moment (E), quite ‘thinking’ (I), and Right brain dominant, as clearly showcased over his illustrious career. Additionally, he validates the supremacy of BT by his ‘Hawk’ eyes and fine motor prowess.

In the end, most important is what he taught his son, Moses Jr. “He taught us so much about life. He came from nothing. He taught us how to work hard and respect people, love your family and always do the right thing. He’s a good person. He was always there to help people. He cared about people who had less than him.”