He’s one of the hottest players in the NBA right now, and his name is Kawhi Leonard. He’s widely popular for a variety of reasons, notably because of how down-to-earth he is. Though he signed a 5-year, $90 million extension recently with the San Antonio Spurs, he still drives his old 97′ rehabbed Chevy Tahoe, nicknamed “Gas Guzzler,” which he drove back in highschool in Southern California. “It runs,” Leonard explains, “and it’s paid off.” He’s also sponsored by Wingstop, which sends him coupons for free wings. “This winter, after his $94 million contract kicked in, he panicked when he lost his coupons. Wingstop generously replenished his supply.” 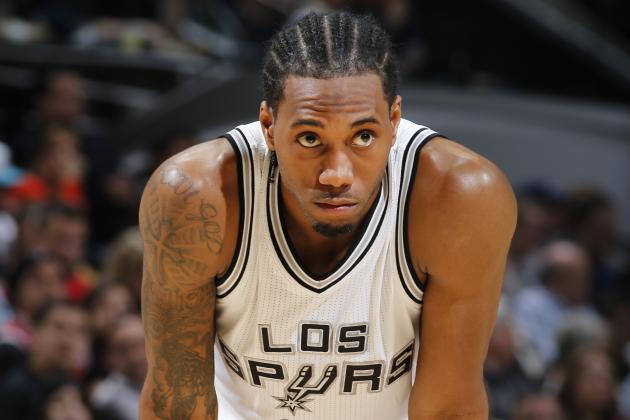 Though quiet, calm, and unassuming, Leonard is a #13 FCIR. I don’t like to bring attention to myself, he says. I don’t like to make a scene. Back in highschool, he even blew off the Nike camp when his peers would have done anything to get such an invitation. I don’t need the exposure, he told his coach. Amazingly, he also declined to go to UCLA and USC because San Diego State recruited him first. Even Greg Popovich (#16 BCIL), the master of all things stern and solemn, said of Leonard when he joined the team, He was as serious as a heart attack.” Pop went on to say about his player recently, When Kawhi makes a mistake, he’s almost apologetic. He doesn’t want to disappoint anybody. There are times he does something well, and I have to tell him, ‘That was super. That was fantastic. That was a helluva job. You can smile now. You can feel great about yourself.’

To be sure, mellow, non-verbal #13s certainly exist (particularly among males), and their numbers are greater than people might think (this author has a #13 brother-in-law who takes after Kawhi). As dominant Conceptuals, they can enjoy escaping to their inner world of thoughts, dreams, and ideas. Also, as dominant Right brainers, they may not feel the need to communicate, being rather the strength of the Left hemisphere (where women are more adept).

Also, when Kawhi was just 16 years old, tragedy struck when his father was murdered in broad daylight at the car wash where he worked. Young Kawh “turned to basketball as his distraction and mission. With motivation to make his father proud, Leonard put in extended hours at the gym, refined his shooting touch, and lifted weights. He supplemented his athletic dominance with physical dominance and eventually went on to San Diego State University, where he was voted to the second team of Sporting News. All Americans by his sophomore year.”

Here’s to humble, hard-working #13s, or any Brain Type with this description for that matter!