4/18 – The legacy of the retired Kobe Bryant

Well, Kobe Bryant has retired, and he certainly went out with a bang, scoring 60 points against the Utah Jazz on Wednesday. The day has been dubbed “Mamba Day” in recognition of his nickname, and many stars have come out to give their respects. There’s Alex Rodriguez (#5 FEIR) who tweeted, “To my good friend. Thanks for all of the memories and inspiration.”  Then there’s #1 FEAR David Ortiz, who wrote, “congrats on ur amazing career!! hmu next year when we both hav 2 much free time LOL!” The NBA’s Tony Parker (#10 BCAR) chimed in, stating, “Heroes come and go, but legends are forever.”  Another #10 BCAR to pay his respects was Tiger Woods, who tweeted, “As a diehard Lakers fan, thank you @kobebryant for all the memories and of course the 5 titles!” In fact, just about every well-known athelete you can think of came out to say something positive about Bryant. 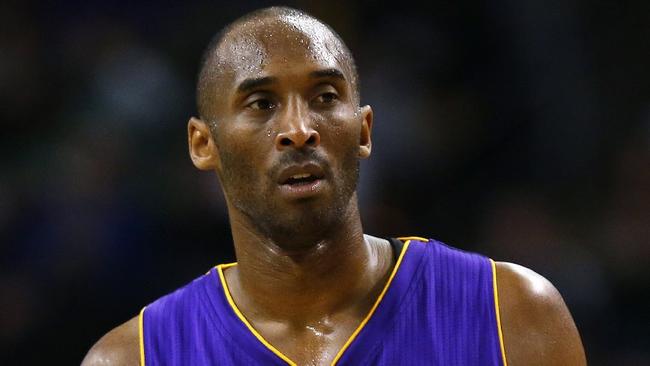 Did you catch Kobe’s farewell speech from center court after the game? It was fun to watch, particularly in light of Brain Type. He assured the crowd how much he loved them over and over again, and he had one refreshingly candid moment when he looked around and said, “You know, what’s funny, the thing that had me cracking up all night long was the fact that I go through 20 years of everybody screaming, ‘Pass the ball!’ and then last night they’re like, ‘Don’t pass it!'” Kobe’s laugh afterwards is hilarious, in a rare moment where he chuckles like a little kid. You can see the video below. Also, isn’t it interesting that even though he was forever reluctant to give the ball up (unless triple teamed!), he heard the cries of fans, and teammates, to share the leathered sphere?

In other news, guess who was one of Kobe’s biggest inspirations before entering the league? You’d be hard-pressed to guess correctly. It came as a random phone call as Kobe was balancing a barbell on his shoulders in the gym, and he almost didn’t pick up. “Hi, it’s Michael,” the voice on the line said. “Michael who?” Kobe asked. “Michael Jackson.” Bryant at first didn’t believe it, but then he recognized the voice, though it sounded lower and subdued. “He’s calling me out of the %$&% blue,” Bryant recalled. “I don’t think it’s a real phone call.”  The quiet King of Pop then went on to invite him out to his Neverland Ranch. Kobe accepted, and once there Jackson took him to his private theater and introduced the young athlete to Grace Kelly (#11 FCAL), Fred Astaire (#13 FCIR), and Ginger Rogers (#13), as Michael explained they were the inspiration behind his dancing and music. Jackson went on to “describe the lineage of his music, breaking down songs note by note, taking Bryant through the process of recording ‘Billie Jean.'”

I thought I was working hard until I met him, admitted Kobe.

Interestingly, both MJ’s and KB’s Brain Types are not naturally driven in the outer world. The #10 and the #2 designs prefer to conserve their energy, being much more apt to put play before work (Right vs. Left brain). So, what happened? Some of you may have already guessed it. Both Jackson and Bryant shared disciplinarian fathers, and the power of nurture didn’t alter their inborn natures, but it did their stereotypical BT behaviors. Think also of #10 Tiger Woods, whose #13 FCIR dad (Earl) drove him like a drill sergeant. (And why not since he was a former Green Beret!) As dominant Q2 (internal) decision-makers, Michael and Kobe became (external) perfectionists in their respective trades. “You’ve got to study all the greats,” Jackson told Kobe. “You’ve got to learn what made them successful and what made them unsuccessful.”  The #2 and #10 can be some of the best mimics (and are also often driven by lingering insecurities). You couldn’t teach a person what I’ve learned just standing and watching, Michael once said. As for Kobe? He spent nearly his entire life mimicking another great MJ … Michael Jordan (#6 BEIR). This MJ also resided in ever-ruminating Q2, and he too was overseen by a tough-minded father (a #6 like Michael!)

Now that all has been said and done, few compare Bryant to the greatness of Jordan, which we predicted from day one. Nonetheless, Kobe will be remembered as a great player, although, like he said, maybe he could have passed the ball just a little bit more.