We all know the phrase, “It takes one to know one,” and that was certainly the case recently when GM of the New York Knicks, Phil Jackson, went against the grain by hiring Jeff Hornacek to be the team’s new head coach. Hornacek was fired by the Phoenix Suns back in February, and while some are saying it makes no sense at all, to Phil, it makes perfect sense. 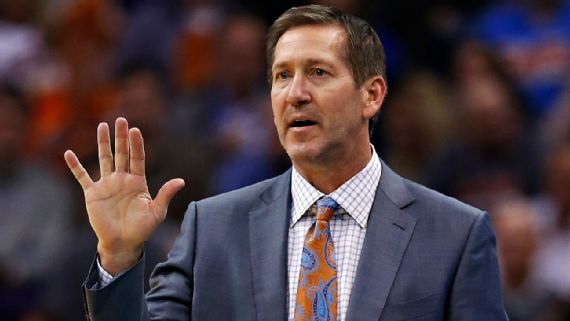 “What Jackson values most in both players and coaches is an intellectual heft, an ability to think the game, and in Hornacek he saw an analytical mind whose basketball values are in line with his,” writes one journalist. ‘Intellectual capacity matters,’ said one person with insight into Jackson’s decision and now, more than ever, in an NBA shaped by advanced statistics, player tracking technology and sports science.”

Brain Typists don’t even have to blink, knowing Jackson is a #16 BCIL and Hornacek is a #8 BEIL. Both men are Q4s, being strongest in the Back Left region of the brain, which is the most analytic, scrutinizing, and what some describe as the “persnickety” region. Before making a decision, the Q4 says, “Is this all the information? Did I miss anything?”

The irony only gets better. Guess who was Phil’s second choice? Kurt Rambis, another #8 BEIL. Kurt has long been familiar with the triangle system, and shares Jackson’s low-key, analytic mind. Still, it wasn’t enough to get him the job, since Kurt has already coached the team part-time and some of the Animate Right brainers didn’t like his less-than-optimal feeling ways. So now they get Jeff, much the same as Kurt, but he is a non-triangle, up-tempo coach. That they’ll like!