We’ve all experienced fearful situations; it’s at the core of being human, but most importantly, it is necessary for one’s survival. Yes, fear is not only beneficial, it is essential to make it from one year to the next. But many wonder, “Wow far do I let fear impact or rule over me?” Good question; it all depends on the circumstance(s).

The deep limbic system of the brain, especially the brain’s right amygdale, not only processes good and bad emotion, but fear. Overstimulate this region and life becomes traumatic; under-activate it and dangerous risk-taking is much more apt to occur. Additionally, if overactive amygdala are engaged, along with a hot and active anterior cingulate (the brain’s gear shifter), one can become obsessively and irrationally fearful. Some might label that phobic. 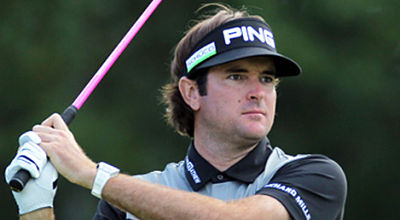 Fears and phobias can run through all the 16 Brain Types to one degree or another. There are many contributing factors, and far too many to list them one by one here. Still, among the 16 inborn designs, we have witnessed more consistent phobic tendencies among a few of them, most notably the #13 FCIR. As dominant Conceptuals, their imaginations can run wild, and as CI owls, they can literally over-think so many aspects of everyday life. This is even true among female #13s, who hesitate to pull the trigger as a result of keeping their options open (and not wanting to make the wrong decision). Remember, the #13 nickname is the “Strategizer,” and boy do they strategize.

Golfer Bubba Watson has admitted to many fears. “I have a lot of mental issues … I’m just so fearful of things, which I shouldn’t be. Scared of heights … buildings falling on me … the dark. Scared of crowds. In between holes is really scary to me, because there’s so many people that close to you. I’m just scared of people … in general.”

Bubba’s caddie shared that he notices everything, pointing out people in the crowd who act at all strangely. “He’ll be looking at me and say look over your right shoulder. There’s a guy with a red shirt and a blue cap and he’s got his phone underneath that thing.”

Another well-known #13 FCIR who is fearful is Mark Zuckerberg, who spent more than $6.5 million last year on bodyguards and other measures to protect himself and his growing family. Granted, he has reason to be afraid, as ISIS itself threatened his life. His security is considerably higher, however, above other well-knowns. “His expenditure on personal protection massively dwarfs that of Apple CEO Tim Cook with the iconic company spending just $275,000 on security for its leader.” Zuckerberg is reportedly so concerned about his own security that he has no less than 16 people protecting him at his Californian home. Facebook has footed the bill for Zuckerberg’s personal travel on private jets to ensure his safety, and have also installed alarms, cameras and other equipment at his homes.

Humorously, one of the most phobic celebrities of all time is said to be #13 Woody Allen. He’s afraid of insects, sunshine, dogs, deer, bright colors, children, heights, small rooms, crowds, cancer and anywhere except Manhattan.