She won her third gold on Sunday in the vault competition, and people are now beginning to ask themselves, “What can’t she do?” We’re talking about Simone Biles, the female Olympic gymnastics sensation. 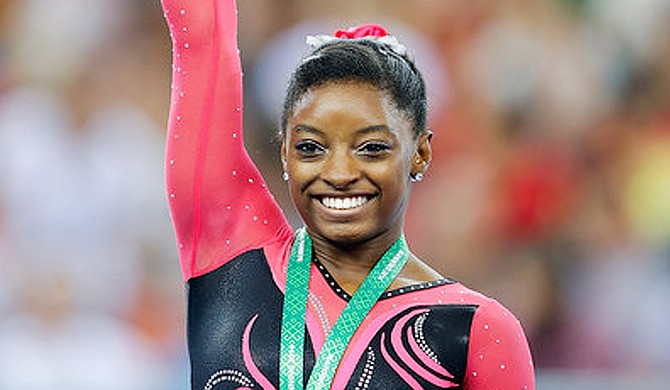 “I feel very excited, because having gone to worlds and having two silvers and a bronze, it means a lot to me. It’s something I wanted so badly, so I just tried to keep a good mind going into vault,” says Biles.

So have you studied her, Brain Typists? Biles was named Team USA Female Olympic Athlete of the Year in 2015, and to be sure, she is a virtual human pogo stick. CNN says of her, “The science of Biles’s incredible success is fascinating experts and fans, who hail the 4ft 8in wunderkind as a perfect combination of small size, huge strength and mind-boggling agility.”

When we say “athletic,” we mean acrobatic. Niednagel wrote years ago of the #9 in gymnastics, “The most naturally acrobatic of the Brain Types are FCARs. Coordinating motor skills in poetic grace, they charm their audiences by their physical and personable skills.” Biles certainly is a charmer, with her big smiles and effusively warm demeanor. In fact, her favorite event is the floor exercise. She explained, “I feel like you get to show off your personality because a lot of the time they [the judges] just see us serious on the other events, but floor you can kind of show it off.” How’s that for the pied piper #9? Simone even has her own signature move, referred to as The Biles, which is a double layout with a half twist and a blind landing. She literally lands facing the same direction she was running!

Her coach, AimeeBoorman, recalls coaching Biles as a 5-year old, seeing her waiting for her turn on the bars, unable to stand still. Boing, boing, boing, boing, boing! Then she saw Biles bounce from her bottom to her feet on a mat with no spring. That was just kinetic energy from her body, Boorman says. I was like, Wow, this kid is something.

Simone never knew her father, and her drug-addicted mother was all but absent. Instead, Simone was raised by her grandfather and step-grandmother, who after noticing she had a gift for copying others’s gymnastic moves decided to let her pursue her love for the sport. “Her adoptive parents remember her as a happy child, always smiling but hyperactive, leaping off the furniture to Nellie’s horror,” writes one author. And again, “Her history, say those close to her, is equally crucial to understanding her brilliance.”

Simone Biles is a well-spoken young lady, a testament to those ‘Owls’ who have raised her. Her history certainly did aid her in giving her survivor-like instincts. She is tough (from nurture), though has feared failure her entire life. How does she deal with it? “Sometimes you’re a little bit scared, but most of the time . . . you’re really just excited about it. So you just kind of throw fear out of the way.”

Remember Mary Lou Retton, the talented and feisty #5 FEIR? She says Biles may be the most talented gymnast I’ve ever seen in my life. And I don’t think she’s tapped into what she can really do.