Wow! The world is on fire, figuratively and literally! Nearly a week now after the shocking results of the U.S. Presidential elections, rioters are still out in the streets yelling out, “Trump is not my President!” Funny thing is, they’re right. Mr. Donald Trump (#15 FCIL) won’t be their President till January 20th when he is sworn in. But …. we’re thinking that’s not what they are talking about. Course, the inflammatory media is making things worse, and they will only continue to do so for the next 4 years (or 8, if Donald is lucky). Fortunately, alternative media is as powerful as ever, and one might even argue Donald won because the elites no longer hold complete control of the news. 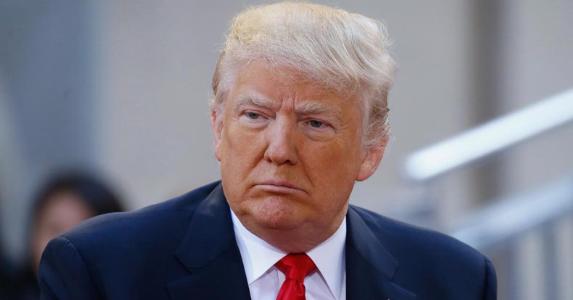 So here we are with a #15 FCIL soon to be President of the United States once again. If you’re relatively new to the BTInsider, and Brain Types in general, we have explained on several occasions that Barack Obama (#13 FCIR) is a rarity in the Oval Office in the last, oh, 80+ years? In fact (and having nothing to do with heritage), the last #13 FCIR President we can think of was rough-riding Teddy Roosevelt who was famous for saying, “Speak softly and carry a big stick; you will go far.” He also understood the importance of integrity and character at the educational level, stating, “To educate a man in mind and not in morals is to educate a menace to society.” That seems to be exactly what we’re seeing flooding the streets in recent days.

Even eccentric and renowned Harvard-educated genius, Buckminister Fuller, once said, If humanity does not opt for integrity we are through completely.

At any rate, since Teddy we have only witnessed the election of Left brain dominant men, from Eisenhower (#15) to Ford (#7) to Carter (#16) to H.W. Bush (#11). “Wait a minute,” you say. “What about Johnson?” Yes, L.B.J was a rare #5 FEIR, but noticed that we said “elected.” After the assassination of John Kennedy (#15), Johnson replaced him. How ironic that the only known #5 President in U.S. history fell into the position!

Do folks remember when we publicly revealed Donald Trump’s inborn Presidential Brain Type? Open the very first copy of “Your Key To Sports Success” released in 1992. As you will see, we are not ‘Johnny-Come-Lately.’ Rather, we were spot on with our assessment of him some 25 years ago! We also Brain Typed Mrs. Clinton and her husband around the same time, informing people that she and Bill would be the most political dynamic duo the world had ever seen. Not only would Bill likely seek the White House, but we made clear that Hillary would, too. This was when no one saw this as a plausible possibility.

Truth be told, Obama and Hillary still don’t want to see Trump sworn in, and if they can figure out to way to stop that, they will (along with billionaire George Soros‘ help). Neither of these two have said much about the riots, to Donald’s chagrin, and we don’t expect them to. Wikileaks in recent months has revealed that that Barack and Hillary are more closely linked together than they would like Americans to believe, and if one goes down, so may the other.

So how about a future prediction from BTI? Here we go … Michael Obama. She shares the same rather rare #15 design, and rest assured the First Lady is not going to spend the rest of her life designing healthy lunch meals for children. Despite all the media and politicians speculations to the contrary, in 4-8 years, look for her to seek the Oval Office, and look for her to likely win (barring unforeseen difficulties). Under the facade, she has deep political and ideological #15 BT ambitions. (After all, what #15 doesn’t want to be in control?) She will run an organized, well-planned and well-powered campaign, just like she did for her Right brain husband.

In the end, sadly, our colleges students are being filled with knowledge, but not morality, which is the only thing that will save our country. “A thorough knowledge of the Bible,” Teddy once again said, “is worth more than a college education.”  Only by living in accordance with Divine teaching will America return again to its roots as truly “One nation under God,“ whereby inalienable rights and true equality can ever be achieved.