Watch out! Nancy Polosi does not want to give up power!

Yes, BT friends, we keep hammering this BT fact, namely that #15 FCILs who gain control often find it difficult to relinquish it, unless guided by character and/or an atypical conviction to do so. And thus, when we read the headline, “Nancy Pelosi moves to intimidate Democratic rivals as she tries to cling to power,” we were not surprised, and neither should you be, knowing her design. 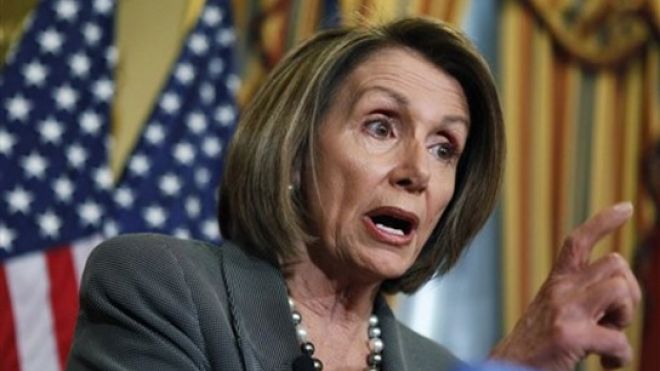 Says the article: “Rep. Nancy Pelosi formally announced Wednesday she is running to retain her spot as House minority leader and sent a warning shot to potential rivals by informing her colleagues that she has already locked up ‘the support of more than two-thirds’ of the Democratic caucus.”  You see, Pelosi has led the caucus since 2003, but the results of the Presidential election have forced the caucus to delay a scheduled vote last week until November 30. Members say they want more time after the debilitating defeat by Republicans, with Rep. Tim Ryan of Ohio posing as a potential challenger to Nancy, warning that the party “has lost touch with working-class voters in the Rust Belt and Midwest.”

Pelosi, however, won’t have any of it. It is with both humility and confidence that I write to request your support for House Democratic Leader, she wrote her colleagues. As of this writing, I am pleased to report the support of more than two-thirds of the Caucus.

Yes, Nancy, keep it humble, and deflect any blame. That is what she has been doing, stating the results of the election spoke more to the presidential race than to her failure as leader to deliver more wins in the House races. Additionally, in recent years the Democrats have suffered major losses across America in state legislatures and governorships. As more and more voters have become fearful of the Dem’s overt movement to the radical left, the once-appealing party has become a shell of what it once was. With no concern expressed in this realm, Mrs. Pelosi instead has made this her latest rallying cry. “We have all been deeply moved by the stories and concerns of our constituents,” she continued. “They elected us to fight for their jobs, families and futures. We have and we will!