At times we are asked, “Can’t Brain Typing be used as a crutch?”  That is, once one discovers one’s inborn design, an excuse can be developed to limit self as far as what can and cannot be accomplished. Such an excuse is exaggerated, especially as it pertains to every day life, as opposed to sports. In sports, you wouldn’t tell 18-year old Johnny who is 5 foot 5 that he could be a star center in the NBA. In the same way, we wouldn’t tell a #12 BCAL 18-year old Johnny that he could be a star quarterback in the NFL. So in that sense, yes, there are limits, but those limits are greatly restricted. 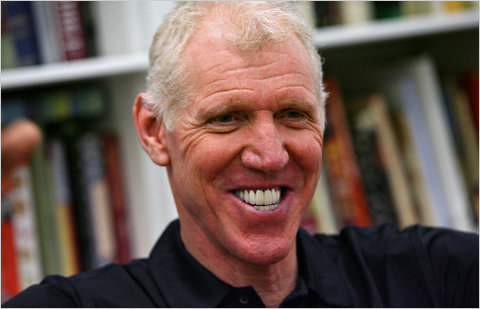 When it comes to everyday life, on the other hand, there are few things any Brain Type cannot accomplish. Take former NBA star and current NBA commentator Bill Walton, a #6 BEIR, and what he had to share recently. I’m a stutterer. I never spoke to anybody. I lived most of my life by myself. But as soon as I got on the court I was fine. But in life, being so self conscious, red hair, big nose, freckles and goofy, nerdy looking face and can’t talk at all. I was incredibly shy and never said a word. Then, when I was 28 I learned how to speak. It’s become my greatest accomplishment of my life and everybody else’s biggest nightmare.

The #6 BEIR is rarely an accomplished orator, and Walton is no exception. (The #6‘s main brain locale is Q2, the most laconic region of the brain; Q1 and Q3 do the talking and Q4 supplies the appropriate words.) Coupled with a 7-foot lanky frame and looks that could intimidate, Walton had every reason to cast himself into the shadows of his Back brain introversion. After all, that is the way he was designed, right? No, rather, Walton pushed himself not only to become a great basketball player, but

an accomplished spokesman on national television and “everybody else’s biggest nightmare.”

lol, too funny. Though Bill dropped his inferior speech, he certainly didn’t drop his #6 inner thoughts which have finally gone public.