Remember back when Yao Ming (#9 FCAR) and Tracy McGrady (#6 BEIR) were an item for the Houston Rockets? They were like Batman and Robin, and neither fought for the limelight. In the words of Coach Jeff Van Gundy (#15 FCIL), “I loved the way Tracy McGrady and Yao treated each other as teammates. One thing they showed everyone was that basketball shouldn’t be a selfish endeavor. Yao and Tracy were kindred spirits in this way. They never fought over the silly notion of whose team it was. Instead, they understood what everyone should remember from kindergarten: to share the credit, the blame and the responsibility. Much like Tim Ducan and Steve Nash, Yao was a unifying leader. I believe that if a great player is also a compassionate, caring, unselfish teammate, then his team’s chemistry is going to be exceptional. That’s what Yao did every day, in every way.” 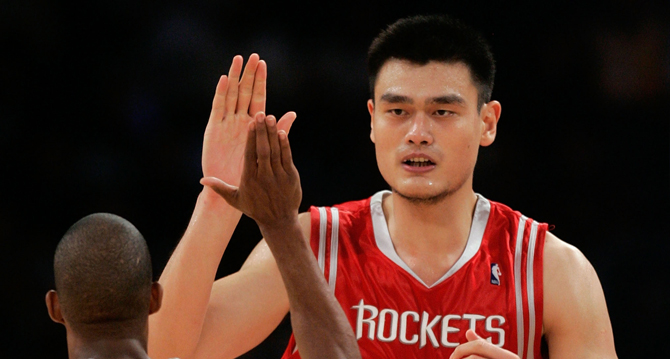 Yes, their cordial relationship likely (and largely) was as a result of Mr. Ming and his peaceful ways.

Dirk Nowitzki and Nash were another great combo. Dirk is a #10 BCAR, while Stevie is a #5 FEIR. Quite often, Inanimates seem go fairly well with Animates on the basketball court, namely when they’re the two best players on the team. Think of Michael Jordan (#6 BEIR) and Scottie Pippen (#2 BEAR), or Penny Hardaway (#2 BEAR) and Shaquille O’Neal (#6 BEIR). Animates took the backseat in these cases, though there have been plenty of ‘feeling’ team-leaders like Kobe Bryan (#2), Lebron James (#1), Chris Paul (#1), and Kevin Durant (#1).