To say the least, the Beatles were unique, not only for their music, but also for a few band member Brain Types. Paul McCartney,the leader of the pack, is a #11 FCAL, a rare design when it comes to male singing stardom. In fact, there hasn’t been another well-known #11 male singer for as long as BTI can remember (they have been more plentiful on the female side, including Faith Hill, Paula Abdul, and Olivia Newton-John). The other unique Brain Type band member was John Lennon, a #14 BCIR, McCartney’s near opposite design! That’s a sure way to explore most possibilities. Not only are both Brain Types uncommon in the general populace (especially the #14!), but to have them singing and playing together in the same boy band is quite something! 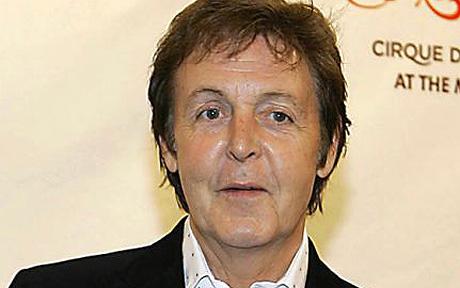 The below interview is old, recorded in the early 90s, but the insight is every bit as relevant. A younger Bob Costas (#15 FCIL) interviews a younger McCartney, asking him about the late Lennon. Notice, first, how Paul corrects Bob in his grammar as to which of them (McCartney or Lennon) was the oldest. “Older,” says McCartney, “not oldest.” Leave it to the language loving #11 to know his proper English! At any rate, embarrassed Bob quotes McCartney as saying John Lennon was “the smartest” and “the quickest wit.” McCartney agrees, and goes on to say, “John was not very forthcoming about what he felt. He was quite a private person.”

Of course, this information is no surprise to veteran BT enthusiasts.The #14 BCIR, arguably the most cerebral of the 16 genetic designs, “may appear to be somewhat socially slow,” writes Niednagel in Brain Types and Parenting. “They need to work hard to develop interpersonal skills.”

One last tidbit on Mr. McCartney. Watching him play the guitar, have you noticed what hand he strums with? Yep, his left! While an urban myth has long circulated that Paul is right-handed in everything besides guitar playing, it isn’t true. McCartney is a true-blue lefty, and those following the i-Blog know the significance of Left brain dominant individuals who are left handed. In short, they utilize the Right hemisphere of the brain more efficiently to control their motor skills (the Right brain largely controls the left side of the body), thus enabling them to find greater success in sports, music, or even acting (where Right brain adaptability is crucial). Tom Cruise is another natural #11 lefty.

And yes, Paul was king of controlling his audience, reading the crowd like a good book on a rainy day (a CA ‘stork’ innate ability). He was/is friendly, likable, and amazingly talented. Coupled with John Lennon’s cerebral, musical brilliance, the two opposite Brain Types made the Beatles the most famous rock band in history.

One more aside: BTI’s Jon Niednagel was in high school when the Beatles first stormed America. Though preoccupied with playing sports, Jon also loved music and even sang and played guitar in a group that often chose Beatles tunes. Not only did he appreciate the Beatles extraordinary giftedness back then, but even more so since he’s uncovered their individual BTs. Though now devoted to more classical, low-key music, Niednagel has done extra research into the Beatles and has gotten to know each’s musical idiosyncrasies, both vocally and instrumentally. To say the least, their respective BTs can explain every little individual nuance of their past spell-binding performances (except for any substance abuses).

Be sure to catch the interview below.