Today, the #13 FCIR dominates male tennis. Yesteryear was a different story, when names like John McEnroe (#6 BEIR), Borris Becker (#5 FEIR), and Andre Agassi (#5 FEIR) decorated the ATP leader board. Now, you will see names like Andy Murray (#13 FCIR), Rafael Nadal (#13), and Roger Federer (#13), who all share the same inborn design (despite different personalities). 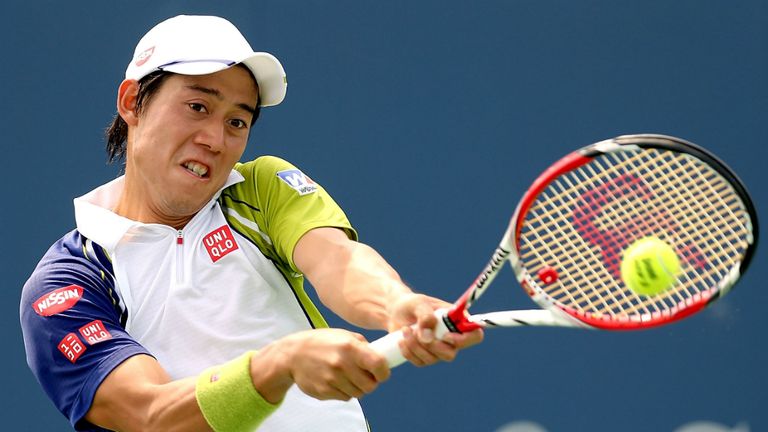 That is why, recently, we were delighted to discover Kei Nishikori from Japan, who is among the current top 10 players in the world. Nishikori is an explosion of energy, a bright young man with a smile just as bright and a tennis game that’s really fun to watch. He’s 5’10”, only an inch taller than Michael Chang (#6 BEIR), if any tennis fans remember him. While Chang was Chinese, Kei is Japanese, and is the first ever Japanese player to make it in the top 10 ATP rankings! As one Japanese broadcaster explained, In Tokyo, in Japan, he’s like your Justin Bieber.

Nishikori is currently competing in the third round of the French Open, and just came off a victory over Jeremy Chardy. He is a force to be reckoned with, beating Federer on the hard court a few years ago and coming close to beating Rafael Nadal on clay at the Madrid Open before he suffered a back injury.

Kei is a rare #9 FCAR among the tennis elite. The only other #9 male tennis player in the last few decades who made a name for himself was MaliVai Washington, who at the top of his game was ranked 13th in the world (Kei is currently 8th). While #9s can be top gymnasts (ala Simone Biles), tennis cannot be planned and choreographed as thoroughly as a number of other sports. Still, “they can attain success by just following their natural, highly energetic acrobatic style,” as Jon writes in Your Key To Sports Success. Have you seen Nishikori’s game? He certainly is acrobatic. Watch when he gets ready to return a serve. He takes a wide stance with is legs, looking like he’s about to take off from the runners blocks!