Many of us are familiar with the crazy antics of actor Tom Cruise, and that’s why many were surprised years ago when BTI Typed him as a #11 FCAL. What?  A Left brain dominant actor strapping himself onto planes, jumping on couches, and climbing up the tallest buildings in the world?  How is that possible? 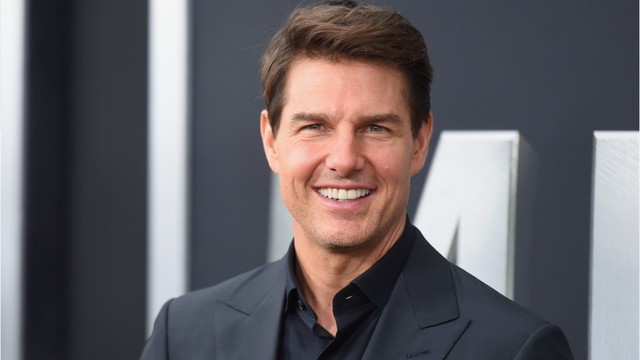 First, you would be hard-pressed to find an #11 woman (who live life more in the conservative Left brain world) taking the risks that Mr. Cruise takes. He is a man, after-all, and a man desperately craving attention (we’ll get to more of that later). Secondly, and more significant, Tom is left-handed. Remember our article on fellow #11 Paul McCartney just last month?  As we stated then, left-handers “utilize the Right hemisphere of the brain more efficiently to control their motor skills (the Right brain largely controls the left side of the body), thus enabling them to find greater success in sports, music, or even acting (where Right brain adaptability is crucial). Additionally, lefty #11s are normally more cognitively adept with the Right brain. Singing, conversing or orating, lefty #11s can usually parrot the animated #9 BT more than righty FCALs.”

Throughout his life, Tom also has learned to overcome the odds by pushing himself day after day after day (no surprise for the perfectionist #11). He was diagnosed with dyslexia at 7 years old, which some might describe as a “blockage” in the Q4 (Back, Left) region of the brain (where #4s, #8s, #12s, and #16s reside).

Tom said of his younger years, “When I was about 7 years old, I had been labeled dyslexic. I’d try to concentrate on what I was reading, then I’d get to the end of the page and have very little memory of anything I’d read. I would go blank, feel anxious, nervous, bored, frustrated, dumb. I would get angry. My legs would actually hurt when I was studying. My head ached. All through school and well into my career, I felt like I had a secret.”

Cruise overcame his disability, however, with organized, creative ideas that some other Brain Types may have struggled to implement. “I raised my hand a lot. I knew that if I participated, I’d get extra points and could pass. If I had a test in the afternoon, I’d find kids at lunchtime who’d taken the test that morning and find out what it was like.” To deal with his frustration, Cruise also “went out for athletics baseball, wrestling, soccer, football, hockey, you name it and really blew off a lot of steam there.”

Tom’s life is a fascinating read, but for now we just wanted to share the recent headline that he injured himself while shooting Mission Impossible 6. Tom is well-known for performing most of his own stunts, but now that he’s 55 years old, he may want to consider letting up a bit. “Daredevil Tom Cruise came unstuck after he injured himself during a failed building jump stunt while filming Mission: Impossible 6,” reads one article. “Video footage has emerged showing the esteemed actor, 55, taking a gigantic leap off some rigging and onto a rooftop while attached to a harness, but his jump appears to fall short and he crashes into the side of a building.”

Watching the video does make one cringe, and you can view it by clicking our “source article” link.

And, finally, as we eluded to earlier, #11s love to be loved, admired, and appreciated, often craving the attention of others to a fault (though usually masked in a demure manner, especially among females). At only 5 foot 7 and growing up feeling sub-par to everyone around him, Tom’s “Napoleon Complex” led him to pursue personal perfection, and it paid off. The name Tom Cruise is synonymous with Hollywood itself.