“I don’t know [if] he needs to react that way. He’s superhuman on the football field, and when that happens it almost brings him back to being a mere mortal, if you will. Because it gets in his head and it just messes with all of us a little bit. I’m not trying to call AB out. I just think this is causing a distraction that none of us really need.” 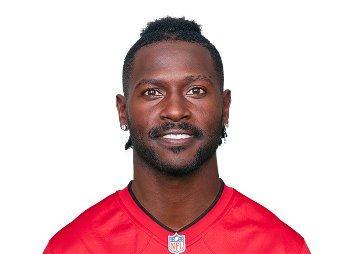 Those are the words of Ben Roethlisberger (#13 FCIR), quarterback for the Pittsburgh Steelers. Who was he talking about?  Receiver Antonio Brown, who “threw a bit of a tantrum on the sideline when he tossed a Gatorade cooler and proceeded to yell at offensive coordinator Todd Haley.” Brown also was visibly upset at Roethlisberger after the QB missed him when he was wide open for a pass, resulting in the team having to punt.

So what’s Brown’s inborn Brain Type?  He’s an energetic #9 FCAR, and coach Mike Tomlin also thinks he needs to calm down. “He’s a competitor, but he has to control it. If he does not, it can work against him, it can work against us.” Tomlin went on to add, “Man, this is not Antonio’s first rodeo. I’m not going to waste a lot of time talking to Antonio about not throwing water coolers and so forth. Be a professional.”

Remember that #9 FCARs are your quintessential emotional reactors (along with #1 FEARs), wearing their high-strung feelings on their sleeves. Containing Antonio Brown will be no easy matter. Think of former NBAer Kevin Garnett, or entertainment’s Kanye West. This author is the parent of two energetic #9s, and it’s vitally important to start at an early age with some simple disciplines, such as reading quietly for 15 minutes, using quieter voices at the dinner table, and so on. With a little practice, they can learn to channel their energy with focused fervor in accomplishing great things, as did our longtime and unforgettable friend, Vic Braden.