If only Kevin Durant knew about Brain Types (especially its many provable mental and physical traits, yet he may to some degree from close acquaintances that are BT enthusiasts). Over the summer he worked out with the Lakers’ touted rookie Lonzo Ball, who thus far this season has proven quite the disappointment for Los Angeles. Because of this, Ball and his trainers have been debating whether they should adjust his shooting technique. Durant, however, thinks that’s a bad idea. I played with Kevin Martin, Durant said. Kevin Martin got his shot off and he shot it probably a little bit farther down from the hip than Lonzo does. If you’re effective out there on the basketball court, you can have an unorthodox shot or movements or whatever. You can still be effective and play good. It’s not just his shot, it’s just the fact that he has to be confident in his shot, and I think that just comes with repetition. 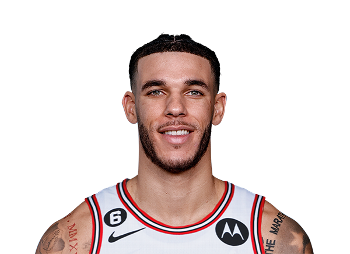 Durant would be absolutely right … if the human race were designed all the same, each individual capable of equally achieving anything to which they simply set their minds to. Reality, however, and BT science, tell us otherwise. Lonzo Ball is no Kevin Martin. In fact, from a Brain Type’s perspective, they are quite different mentally and physically. Martin is a #10 BCAR, while Ball is a #13 FCIR. In short, the #10 BCAR is virtually the only inborn design that can get away with such a quirky shot (remember #10 Jamal Wilkes of yesteryear?). As CAs, #10s have the extraordinary ability to synchronize the gross and fine-motor muscles together (big-muscle groups and small-muscle groupings), whereas CIs, even with excessive proper training, cannot to a similar degree (CIs, including #13s, are least adept with the gross-motors and need to give extra attention to developing the large-muscle groups to help coordinate the smalls). Such gross/fine motor proficiency is crucial when shooting the basketball in such a “quirky” fashion.

Yes, #13s can develop some capable, squirrelly body movements, including shooting a basketball, but the more unorthodox it is, the less consistent it will be especially when they succumb to big-time pressure. We fully believe the inside reports that Lonzo can shoot the rock expertly in practice, and can even do it in NBA games on occasion, or when he accesses the zone for multiple games strung together, but to count on it in the playoffs, and on the road, that’s another story one you don’t want to bet the farm on. As a #13, with some decent practice of making his shot more fundamentally sound, like beginning the stroke more to his dominant right side, he can improve it to become a good, consistent shooter. A number of other BTs could not make this change, but since #13s are so pliable in movements, it wouldn’t be that big of a deal. He should slowly begin the transition now; it won’t hurt his shooting percentage and within a little time, voil!

So, be careful when lumping everyone into the same basket, Kevin. We are uniquely designed by an amazing Creator who didn’t fashion us to be a “one size fits all” human race!