It gave us a good laugh, and those who understand Brain Type should get a good chuckle as well. While athletes all over the world are training and disciplining themselves to get better and better, others are taking it easy, living life like they always did before they were ever famous. Does anyone remember the nickname of the #10 BCAR. It’s ‘Peter Pan’, simply because they often don’t grow up. Jordan Clarkson of the Los Angeles Lakers hails from Neverland (being a #10), and we thought you would find his dietary disciplines rather amusing. 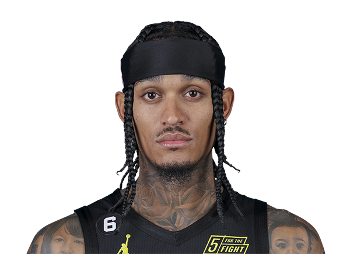 What’s his game-day routine? “While many NBA players are going vegan to improve their performance, 25-year-old Clarkson is doing the opposite of that,” writes one reporter. “The guard said his routine is ‘whatever.'” Yes, that’s quite a good summation of the #10‘s thought process! Granted, with a little help from mom and dad in their early years they can be thoughtful, hard working individuals (think of Grant Hill, Michael Jackson or Tiger Woods), but in and of themselves, naturally, they don’t over-focus on the duties of the day (remember, the ‘Idealist’ hates negativity!).

The author went on to write about Clarkson’s routine, “Here it is: Wake up and eat fried chicken (or something) Shoot around. Go to the candy store and get Skittles. Watch a movie. Play video games. Take a nap. Drive to arena and get pregame shots up.”

Too funny. Just think how good Clarkson could really be if he just had fellow #10 MJ’s work ethic!