An article recently came out on Grace Kelly, who back in 1956, at only 26 years of age, married Prince Rainier of Monaco at the height of her popularity. Kelly would go on to have three children before she tragically died in a car crash at age 52 in 1982. 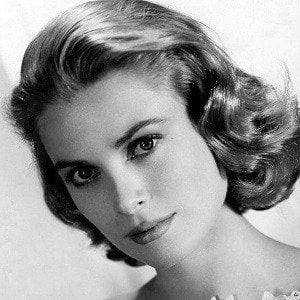 Reminiscent of fellow #11 actress Audrey Hepburn, Kelly also loved to laugh, and “was very funny too. That’s what a lot of people told me. She just had a great sense of humor. She loved jokes. Any kind of joke.”Jorgenson went on to describe Kelly as “shy,”a rare description indeed for a Hollywood actress (shared also by Audrey and #11 Annette Funicello). Remember, as creative, structured, self-aware CA “Storks”, #11 FCALs have been affectionately labeled the “introverts of the extraverts”.

Lastly, and very Type related, Grace was a “hands on” mother to her children. She would make their lunches every day. They were not allowed to talk down to the servants. In fact, if they did, they were punished. And I think that shows in the way how Albert is ruling Monaco today. He tried to bring some members of the family that Rainier had disagreements with back and build a warm relationship, the way Grace did.

Amazing to see the powerful influence of nurture on a young man’s life, and a ruler at that!