Things got a little edgy last year for NBAer Avery Bradley. The #6 BEIR who now plays for the Detroit Pistons entered into a confidentiality agreement with a reality star who accused him of sexual assault. At one point, “negotiations got as high as $400k.” Bradley flatly denies all allegations, and says he paid off the alleged victim to simply get rid of the story. As BTInsiders know, accusations of physical violence are not foreign to #6 athletes (think of Mike Tyson, Pete Rose, Lenny Dykstra, or Allen Iverson).  To be fair, there are plenty of #1 FEARs with similar allegations, as well as #13 FCIRs. 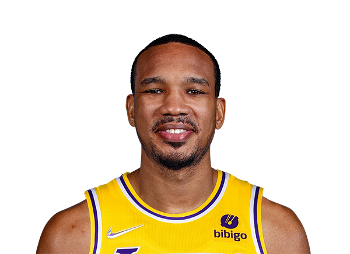 Sadly, when in elementary school, Bradley’s parents divorced and his three older siblings moved with his mother to Texas. Things there “got hard,” and today Christmas for him stirs up memories of despair and embarrassment. We probably had one or two Christmases with a Christmas tree but there were only one or two gifts. I was never a fan of Christmas. Christmas was a time where you get all the stuff you want and I never really experienced that.

His mother, however, was an amazing woman. “If you ask anybody about my mom, she would give everything away. If we bought some cereal and that was our one box and somebody at the church needed it, she was giving that cereal away. That’s just how she was. We’re all the same way, without even knowing it.

Without his mother, Avery likely would have never reached the NBA. We truly hope he honors his mother’s recent death by staying out of trouble and uses his natural, God-given abilities (i.e. Brain Type) to continue to find success in the league.