We wanted to report the sad passing of a rare #4 BEAL who was said to care for people more than most. Rasual Butler, only 38 years of age, died two weeks ago in what police are saying was a rollover crash in Los Angeles. Hi wife, Leah LaBelle Vladwoski, was also killed. Rasual was the 53rd pick in the 2002 NBA draft, getting picked by the Miami Heat. “I know I speak for everybody at the Heat,” said an emotional Miami coach Erik Spoelstra (#13 FCIR). “He was one of our favorite guys.” 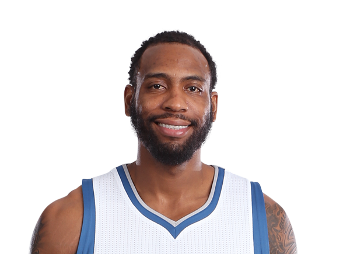 One sweet story involves Dwyane Wade (#2 BEAR) having to make a public appearance on behalf of the Miami Heat back in 2003. The Back brain “introvert” Wade was nearly paralyzed with fear, but Butler was there for him, helping Dwayne keep calm with reassuring words. “That’s who he was,” Wade said. “A great individual that was always there for people when they needed him.”

Yes, being a consummate #4, Butler didn’t possess much raw talent, but teams wanted him due to his love for playing team ball (characteristic of the #4‘s rule-based, others-centered, harmonious outlook). He averaged fewer than 10 points a game, but that didn’t matter. “Rasual was the consummate team player and a great role model for our younger players on how a professional should prepare and act, while being a positive influence on everyone who associated with him,” said Kevin Pritchard (#13 FCIR), Indiana’s president of basketball operations.

Heat President Pat Riley (#11 FCAL) only had a good things to say about Butler. “Rasual was one of the greatest people we have ever had play for us; a great player, teammate and better person. It’s always hard to cope with losing those you shared your life with, but we feel blessed to have had such a bright light shine in all of our lives.”