All in all, she was a simple woman.  Yes, she was once First Lady of the United States, but passing her on the street you probably wouldn’t know it. After all, she was a #3 FEAL, and if you tried counting all the famous #3s both now and in the past on two hands, you’d be hard pressed to come up with more than your fingers. 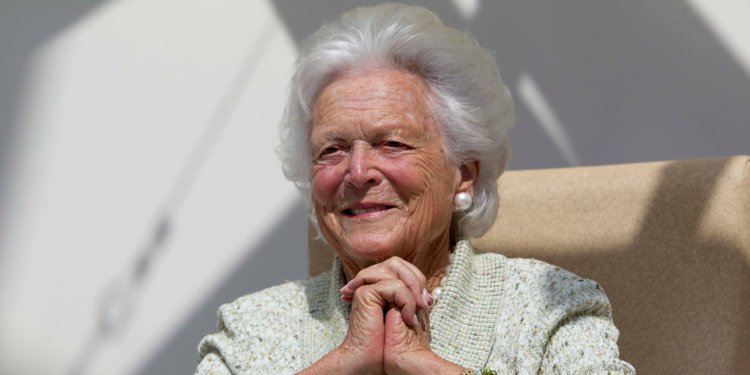 Last month saw the passing of Mrs. Barbara Bush, faithful wife of George Bush Senior, a #11 FCAL. Amazingly, it was one of the rare times (and only that we know of) when two dominant Animates occupied the White House, and from all appearances, their marriage seemed to be a happy one. The death of their daughter, Robin, to leukemia back in the 1950s seemed to draw George and Barbara even closer together. Years ago, Barbara described the death of their daughter and the grief that followed as “an agony made more bearable by her relationship with her husband.”Little George W., a #15 FCIL, vividly remembers the day Robin died. I remember seeing them pull up and thinking I saw my little sister in the back of the car. I remember that as sure as I am sitting here. I run over to the car, and there’s no Robin.From that point on, George W. made it his duty to be there for his grieving mother. One day, Barbara overheard her son tell a friend that he couldn’t come out because he had to play with his mother, who was lonely. I was thinking, Well, I am being there for him. But the truth was he was being there for me. Leave it to the #15 to be the strong one (and to attempt the right thing)!

Yes, the #3 FEAL can be prone to worry, sadness, and stress, and it is said Barbara’s dark hair turned to white during this time of grieving.  Yet, it caused her to hold onto family and friends even more tightly, something #3s naturally desire to do. Barbara once said, “Family and friends and faith are the most important things in your life and you should be building friendships.”And again, regarding relationships, “Never lose sight of the fact that the most important yardstick of your success will be how you treat other people – your family, friends, and coworkers, and even strangers you meet along the way.”

Other #3s have included singer Loretta Lynn, figure skating’s Nancy Kerrigan, and tennis’ Gigi Fernandez in tennis.  Perhaps the most well-known #3 of all time has been Princess Diana.