Some new names were inducted into Baseball’s Hall of Fame over the weekend, and yet again we see a variety of Brain Types among them.  It’s an amazing phenomenon, for sure, given that #13 FCIRs are by far the most prolific BT in sports (especially in baseball these days, followed by the #1 FEAR). 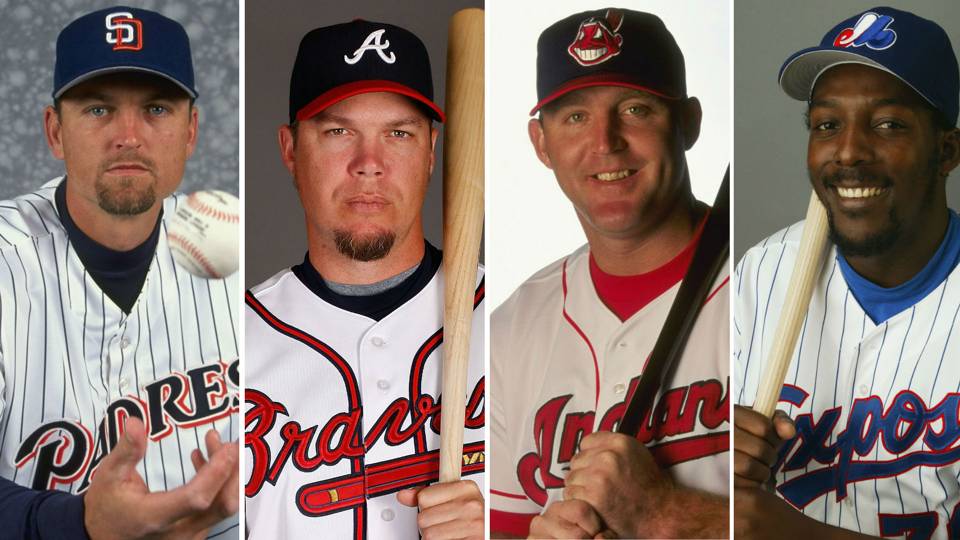 Who are they?  You may have heard of Chipper Jones, Vladimir Guerrero, Jim Thome, and Trevor Hoffman.  Only one of these talented players is a #13, and that is Hoffman (whose ‘pitching’ persona could quite easily have been confused for a #6 BEIR).  Jones, arguably one of the top few 3rd basemen in MLB history, was the Atlanta Braves’ primary 3rd baseman from 1995 to 2012, is a #6 BEIR and was the MLB batting champion in 2008 after hitting .364 (ending his career at .303).  Next comes Guerrero, whose contagious smile should give away his inborn design even to the novice Brain Typer.  A #9 FCAR, Guerrero played outfield for a number of teams including the Expos, Angels, Rangers and Orioles.  Number-9s, from Little League to the Majors, are usually known as free-swingers—not for bar hopping but swinging at virtually any pitch that comes close to the strike zone.  Vlad was the consummate free-swinger. His size and background in cricket made for a #9 that swung at nearly every pitch! Amazingly, he had a career batting average of .319. (And yet some of his strikeouts were ever-so funny.)

Next comes J. Thome, another #6 BEIR (again, an amazing feat considering how few there are/have been in the MLB—especially recently).  Thome played for an astounding 22 seasons (can anyone say #6 Cal Ripkin?), and hit 612 home runs during his career (the eighth-most all time).  Last comes Trevor Hoffman, the relief pitcher who spent most of his 18 years in Major League Baseball playing for the San Diego Padres.  He was selected for the All-Star team seven times, and twice was the runner-up for the National League (NL) Cy Young Award.

For those who don’t know, Hoffman was signed as a shortstop and was floundering in the Minors until he was given a chance to pitch. Not only did he have a decent fastball, but his change-up was unparalleled. Leave it to a #13, the dominant pitchers in baseball, with the potential to be the ultimate ‘junk’ pitchers—knuckle balls, change-ups, even fast balls with incredible movement.  As CI’s, #13s have the softest hands of all BTs, also explaining their expertise playing musical instruments and smartphone/texting at nano-speed.

Jack Morris and Alan Trammell (#13 FCIR) were also elected from the Modern Era ballot, but weren’t selected by the sportswriters like the other players.