11/16 – Tom Brady is better than Peyton Manning at this

Hey BTInsiders! Over the past decade (and likely NFL history), Peyton Manning (#5 FEIR) has been the consummate QB. Breaking down each crucial QB quality, mind and body (including vision), no one stacks with PM. In his prime, he was amazing to behold. Unfortunately, he didn’t have the best team, nor coach, to assist him as 11 angry adversaries ran him down each weekend. His 50-plus squad members were often inferior, especially to the better teams.

Unfortunately, Father-time is now overcoming Manning, as he attempts a final hurrah in Denver. Even today we hear that his season could be over, with another physical malady topped upon his always-concerning spinal frailties. But the season goes on, zealously embraced by the addicted male masses now hooked into sports betting. NFL interest has never been higher, a result of fantasy leagues. 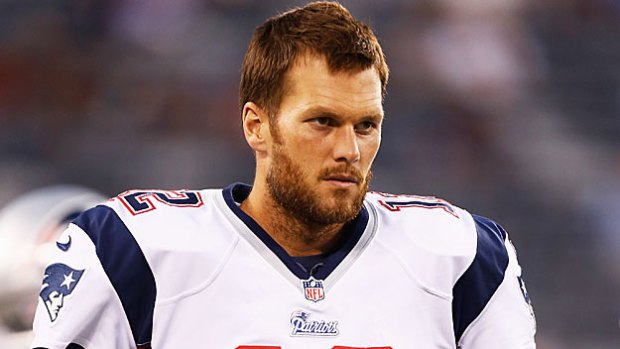 Peyton’s media nemesis, #9 FCAR Tom Brady, is having the opposite results, a stellar year and is in the conversation of League MVP. In many ways, this has been Tom’s best. Never has he been more QB efficient, thanks to the NFL’s best coach (and likely all-time), #15 FCIL Fieldmarshall Bill Belichick. Commandant Bill incomprehensively continues to annually perfect his system even further, getting stellar performances from each and every Patriot (even if signed off the street just days ago!). How is this possible you may ask? Well, Bill is the master strategist, not only accessing sufficiently his introspective #16 Q4 area each week, but resurfacing come Sunday to his dominant and super-structured, logical Q3 site. None of his competitors can handle his attention to detail, and enforcement. You have a weakness;  he’ll expose it, guaranteed. In addition, Big Bill is known for showing any Patriot player the door at the drop of a hat especially over a mental mistake, much less, heaven forbid, insubordination of any kind (even a dour look).

So without his numerous physical and coaching advantages, where does Brady outperform Manning. Not in seeing the football field. Not in calling plays and making logical split-second decisions. Nope. Rather, Tom Brady is better at calling out multi-billion dollar companies who make a living off of poisoning our kids!

Tom Brady’s interview with a Massachusetts radio station last week has gone viral, and here’s what he said.  I think we’ve been lied to by a lot of food companies over the years, by a lot of beverage companies over the years. But we still [believe] it… We believe that Frosted Flakes is a food… You’ll probably go out and drink Coca-Cola and think ‘Oh yeah, that’s no problem.’ Why? Because they pay lots of money for advertisements to think that you should drink Coca-Cola for a living… I totally disagree with that. And when people do that, I think that’s quackery. And the fact that they can sell that to kids? I mean, that’s poison for kids… When you go to the Super Bowl, who are the sponsors? That’s the education that we get. That’s what we get brainwashed to believe; that all these things are just normal food groups, and this is what you should eat.”

As noted by the Organic Consumers Association, “Brady may have just done more good for kids, and more damage to Big Food, than we could accomplish in months.”

Indeed, the message is getting out more and more. This year, Coca-Cola “reported a five percent drop in revenue for the third quarter, and over the past six months, Kellogg insiders have sold more than 60 percent of their shares in the company, signaling that Kellogg’s stock prices may soon go into freefall.”

Is there more to Tom’s words than the obvious? Could Father Time be overcoming Manning faster than Terrific Tom, due to their individual health practices? In addition, Brady’s comments are surprising and not surprising at the same time. Get a #9 FCAR passionate about something and they will energetically lead the way, ala the Pied Piper, with an exuberant crowd following behind them. At the same time, they want to be loved and appreciated by all, avoiding too much controversy if they can help it. As such, Brady is likely more vocal about his beliefs with those close to him, while tempering his tongue when the media’s around. If a #9 does or says something stupid, it most often comes off the cuff, reminiscent of Kanye West and his childish antics.

Meanwhile, Peyton Manning still promotes Papa Johns. Although a pizza may not be as destructive for you as a few Cokes, as noted by health company Life Extension, a single pizza can put you 6,825 ku “in the hole,”  regarding AGEs. These  advanced glycation end products have been proven recently to be quite inflammatory and toxic to humans. Couple this with the gluten-ridden crust, questionable food toppings rendering digestion haywire among other things and maybe Peyton Manning’s problems are more physiological related than structural, or skeletal!

Good job, Tom! In this regard, you’re better than Peyton Manning!