Talented Boston point guard Isaiah Thomas (#1 FEAR) is on his way to Cleveland to join Lebron James (#1 FEAR) and his Cavalier basketball team, but the parting has been an emotional experience for the NBA All -Star. Why?  One reason is “because that was our goal in Boston for so long get through the Cavs, and win the East. And I know that’s still Boston’s goal. But now, it’s like, I’m the one who has to stop them from reaching it. And that’s tough. Because come playoff time, if and when we have to face the Celtics .I don’t know, it’s hard to explain. But that won’t just be the team I used to be on  “That’s my old team.” 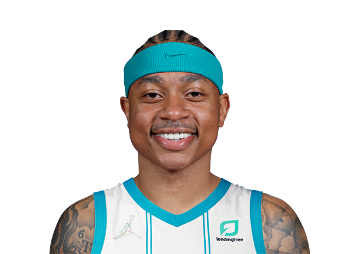 After the announcement, Thomas got a text from NFL quarterback Tom Brady (#9 FCAR), one that stuck out for its thoughtfulness.

What’s up, IT, I heard about the news. You good? Brady wrote.

Yes it is. Best of luck. You’re gonna do great. Keep in touch, Brady said in return.

Thomas will never forget his Boston team, and would like to be remembered by its fans, saying, “I still like to imagine one thing. I like to imagine that sometime not long from now, somewhere in Boston, someone is going to be a parent, talking basketball to their kid. And their kid is going to ask them, point-blank like kids do, you know, Yo why you become a Celtics fan?  And that parent, man, they’re going to think back to themselves really think on it. And then they’re going to smile, and tell the truth. I saw Isaiah Thomas play.’ That would make me very happy. For me, I think, that’d be enough.