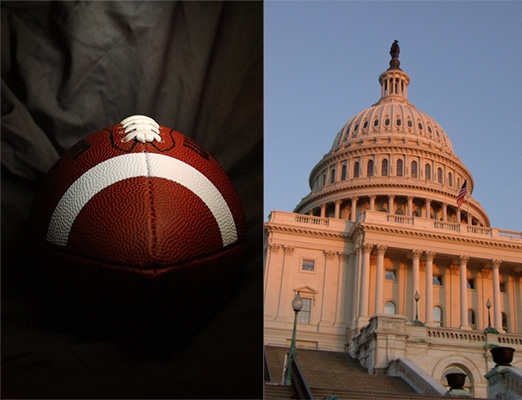 The world lost two men recently on the same day, December the 28th.  These particular men were not only careers apart, but Brain Types apart, in that they were polar opposites.  We’re talking about politics’ Harry Reid and football’s John Madden, who both approached their respective jobs to a “T” in terms of inborn design.

We’ll start with Mr. Harry Reid, the #16 BCIR who passed away from pancreatic cancer.  As one journalist recently put it, “Harry Reid never felt the need to be loud or brash … (he) instead often took a soft-spoken approach to politics that resulted in effective, lasting and historic results.”  Lasting and historic indeed, for better or worse!  Reid was quite the silent bull in a china shop, calm and collected on the outside but a cut-throat juggernaut on the inside.  Even after his retirement in 2017 as Senate Majority leader, he “continued to wield power from behind the scenes, advising candidates running for office and remaining outspoken on current affairs.”   While many descriptions of Harry gave us a chuckle, this one in particular stood out as quintessential #16.  “Perhaps the singular characteristic for which Reid was most well-known was his soft voice that rarely fluctuated, even when addressing issues that excited him or raised his ire.”

Meanwhile, John Madden possessed everything but a soft voice, and could in fact be credited for bringing the NFL to the average man.  In typical #1 FEAR fashion, John “translated the intricacies of football in a colorful way that even casual fans could understand,” and his “exuberant calls combined with simple explanations provided a weekly soundtrack to NFL games for three decades.”  Remember, BT fans, the #1 FEAR is a dominant Emprical, living in the world of the here-and-now.  They see it, they say it, and millions found his child-like simplicity refreshing in a media-world dominated by Conceptuals.  Madden had playful quips like  “Boom!” and “Doink!”, and, just like a child afraid of flying, he traveled in a camper around the United States due to his fear of planes.  He was one of a kind.

Whatever your opinion of Reid or Madden, it is always astounding to just step back and appreciate the innate differences in people.