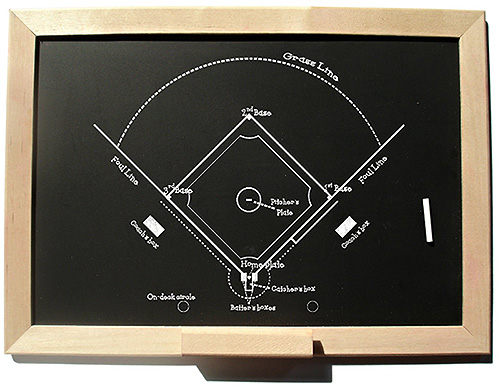 So the White Sox lost a close game the other day.  How they lost, however, is what is angering many fans, who say manager Tony La Russa is to blame.  Veteran Brain Type enthusiasts know that La Russa is a lower energy, quite-calculated, staunch, bit-quirky individual.  Tony is in fact a #16 BCIL.  As such, his controversial decision that cost Chicago the game does not come as all-too surprising!

So what happened exactly?  It was the sixth inning with the Dodgers’ Trea Turner at the plate and 1 ball, two strikes.  La Russa, inexplicably, decided to call for an intentional walk while left-handed pitcher Bennett Sousa was pitching.  Tony’s thought-process, apparently, was that he would fair better against lefty Max Muncy, who was up next.  Commentators were shocked and puzzled, but the walk was made, and a minute later, Max Muncy walked up to the plate and ended up hitting a  three-run homer as the Dodgers defeated the White Sox 11-9.

According to La Russa, however, he was playing the percentages.

“Is there some question about whether that was good move or not?” Tony said afterwards. “Do you know what (Turner) hits against left-handed pitching with 0-1 or two strikes? Do you know what Muncy hits with two strikes against a left-handed pitcher? Is that really a question? We had an open base and Muncy happened to be the guy behind him and that’s a better matchup. That wasn’t a tough call.”

Looking at the stats, Turner was hitting .286 against lefties, while Muncy was hitting .125.  So, technically, yes, a case could be made that La Russa was right (by the numbers), but leave it to the cognitively microscopic, less-flexible, Left brain dominant #16 to ignore the “big picture” and go strictly by the numbers!  Besides, Animate people can let you down, but Inanimate numbers never do, right?  If La Russa’s Q4 region of the brain could speak out loud, it would give a resounding, “Yes!”

Well, this time the numbers did let Tony down.  It may not have been a “tough call” for him, but it lead to a tough loss for the White Sox.  Perhaps La Russa should have stepped back and beheld the bigger picture (i.e. that Turner had 2 strikes against him).  Yet, isn’t it even more global to recognize Turner had twice the batting average of Muncy in such situations? Oh, don’t you just love how analytics has taken over pro sports recently?