DeAndre Jordan (#13 FCIR) of the Los Angeles Clippers is headed to the Dallas Mavericks, and he’s not looking back to wave goodbye to Chris Paul (#1 FEAR). According to reports, “Jordan and Chris Paul had gotten into it more than once, which led Jordan to start seriously contemplating what it might be like to play elsewhere in 2015-16. He was tired of Paul’s constant barking and petty gestures, like distributing high-fives to the three other guys on the floor following a timeout but somehow freezing out Jordan.” 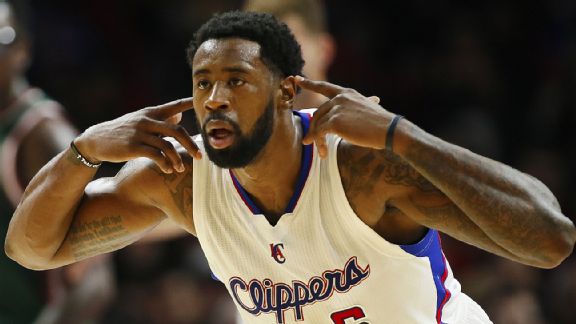 Paul apparently didn’t even bother attending the “pitch meeting” with Jordan. In sharp contrast, Dirk Nowitzki (#10 BCAR) of the Mavs came off family vacation for the meeting in Los Angeles. One might think it’s because Dirk is a dominant Animate, but he’s also got some dominant character, being known for his usual gentlemanly behavior off the court. At any rate, the Clippers even offered Jordan the max, which was 5 years for about $109 million. Instead, he went with the Mavs 4-year, $81 million deal.

According to another author, “The bigger takeaway from this deal, however, is the hilarious disaster the Los Angeles Clippers are turning into. Doc Rivers (#6 BEIR) has been atrocious calling the shots, dealing away assets and crafting a paper-thin team that just lost their third-best player, and have no adequate way of replacing him.”

“By opening night, the Clips could be looking at a new big three of Chris Paul, Blake Griffin and Kendrick Perkins.”  Ironically, all three players are #1 FEARs.