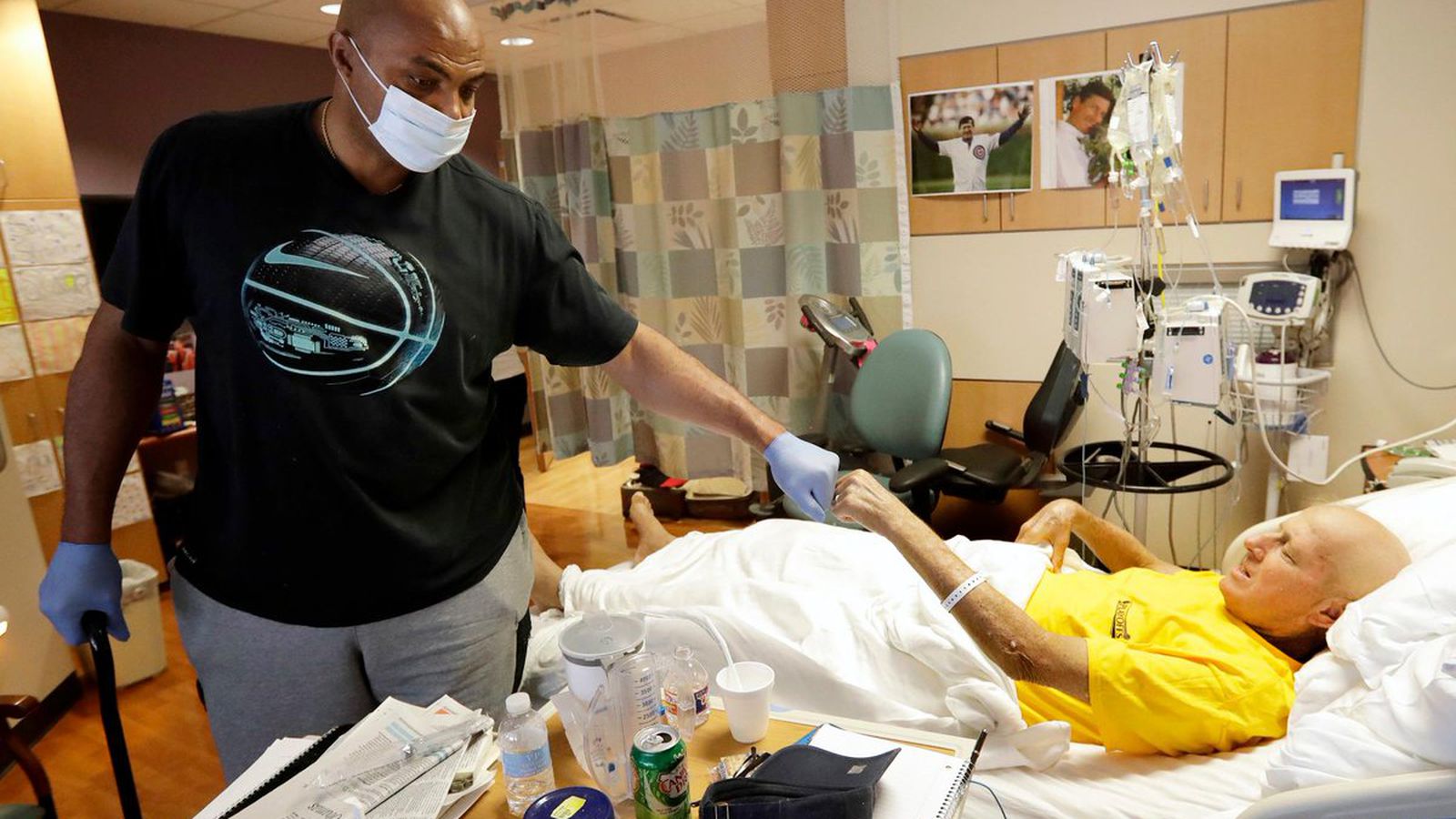 Craig Sager (#13 FCIR), the ever colorful clothes-wearing sports reporter, underwent his third bone marrow transplant recently as he continues to battle leukemia. His wife is usually by his side, but due to an illness of her own, she was unable to be with Sager during the transplant. Mr. Barkley caught word of this, and took an immediate flight to be by Craig’s side, despite having JUST come off of hip replacement surgery himself! Barkley’s doctors put him under strict orders to not travel, but Charles would have none of it. Sager’s son Tweeted, “Have to thank Barkley for keeping my dad company today in Houston and for being there every step.”

“Craig Sager is one of the most interesting people I’ve ever met,” said Barkley. “We go to see Sager to cheer him up, and by the time you leave, you’re like, ‘Is anything wrong with him?’ He has the most positive attitude. When you go to try and cheer him up, his attitude is so upbeat, he cheers you up.”