He is having a stellar year, and his Dallas Cowboys team couldn’t be happier. We are talking about rookie sensation Dak Prescott, and his passing performance through 10 games outshines other rookies before him, including Dan Marino (#5 FEIR), Russell Wilson (#13 FCIR), Matt Ryan (#13 FCIR), and Ben Roethlisberger (#13 FCIR). Heck, he even beats “non-rookie” rookies, like Jim Kelley (#5 FEIR) and Warren Moon (#2 BEAR), who both had experience playing in the USFL and CFL. 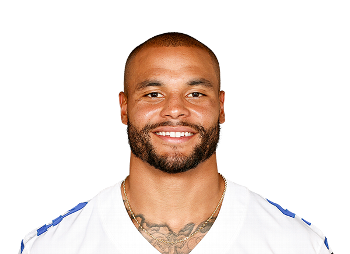 A strong arm, able body, and physical toughness all combine together to make Dak Prescott a fundamentally sound quarterback. “But what about between the ears?” you ask? That is, what is Dak’s inborn Brain Type, which is the greatest determinant for sports success?

First and foremost, Dak Prescott is no Peyton Manning, John Elway, or Joe Montana. His motor movements are quite different; for those who recall all the #5 QBs and their fine motor prowess, regardless the player, Mr. Prescott does not resemble any of them (not only through the eye test but also biomechanical analysis). Knowing that all 16 inborn BTs are confirmed by motor movements, Prescott can only be of but one BT grouping (EA, EI, CA, CI). Have you seen Dak throw, and run? Does he resemble an athlete relying more on big or small muscle actions? Does he appear more cerebral or Empirical? On and on it goes, considering the many scientifically established facets of BT. Finally, have you heard him in an interview? Though he is engaging and well spoken, have you discerned whether his conversation is E or C?

The Cowboys have only lost two games this season, but they have both been to the Giants, and Sunday was the second loss. So how is the public processing all this? With no clue of BT, some are already calling for the return of Tony Romo (#13 FCIR). They are concerned not only with losses but how the rookie is playing. One journalist writes, “This time, Prescott’s indecisiveness was striking. He seemed to hold onto the ball longer than usual.”  And again, “In the past two games, which includes a close victory at Minnesota, Prescott has looked less like the Rookie of the Year and more like an ordinary rookie quarterback.”  In Prescott’s own words, “I hate to lose, Prescott said. “It’s a bad feeling, but I mean it kind of gets you resettled, gets you back right. I mean after we lost to these guys the first time, we went on that run, so maybe we can do something similar.”

As we have written so many times before, playoff time is where the men are separated from the mice, and that is where the Inanimate #5 has a distinct advantage over the other BTs, even the often successful #13s with all things being equal. FEIRs love pressure, to be the hero, the focal point even if they lose (which they disdain)! They hunt for rabbits to pull from hats. Afraid to throw the ball in big moments, tentative, not wanting to be the goat no way, Jose.

So what BT is Dak? We offer you this challenge. BTI had a chance to study Dak and other top QBs in the 2016 NFL draft. Though Niednagel won’t tell us the inside info passed along to the NFL team seeking his draft services, we can tell you Dak’s BT but only after we hear your guesses and reasons.

It’s good to remember that he is only a rookie. He needs time, instruction, experience, and he also needs confidence from coaches and fellow players. If Dak thinks he’s only a step away from Romo taking his position, the pressure will mount. Coach Jason Garrett (#13 FCIR) has stated to the media that DP is their guy going forward. Yet only this week, owner Jerry Jones responded under questioning when Romo might regain his starting position. As only JJ can respond, he said you’ll know it when you see it.